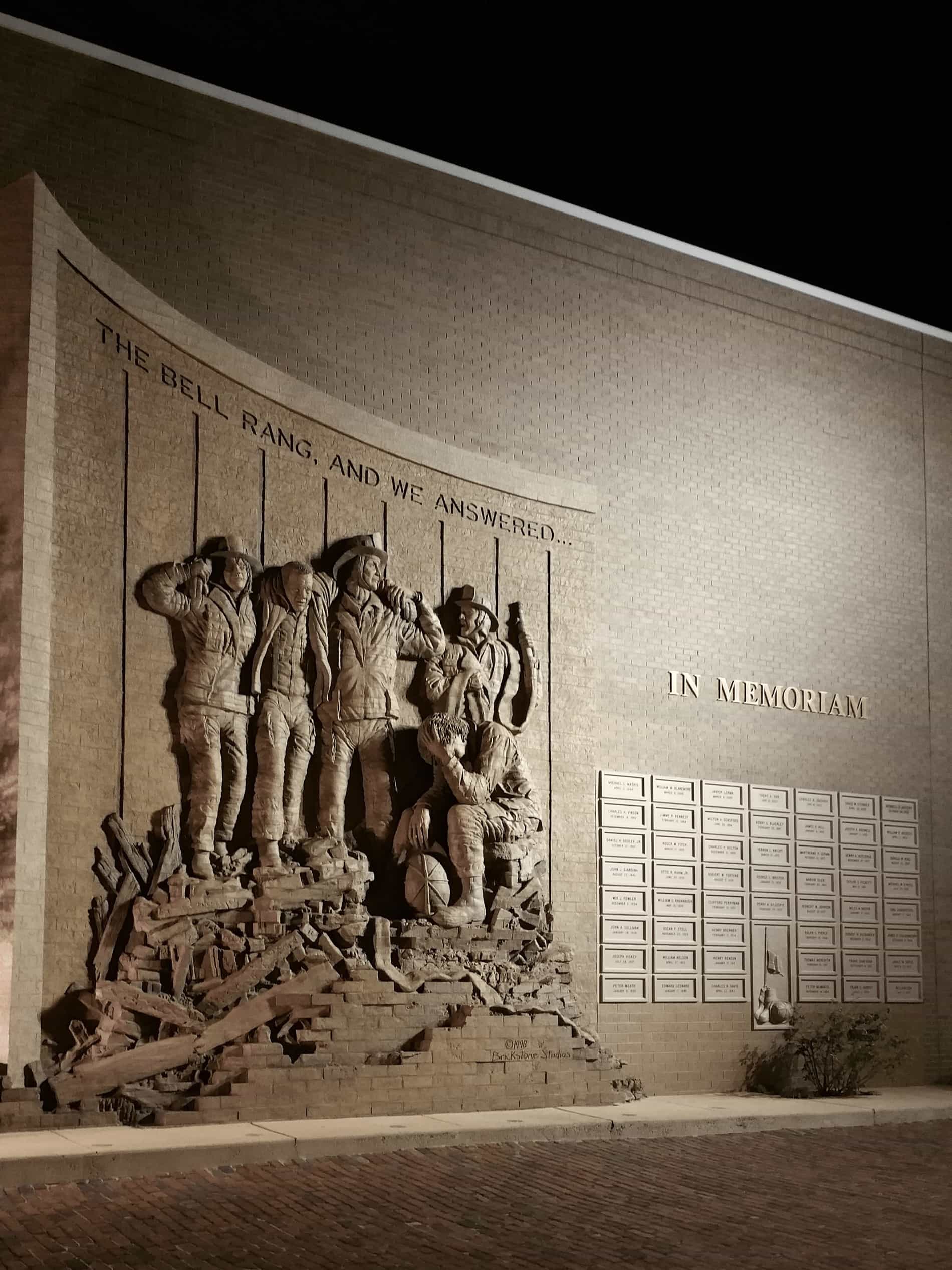 On the outside wall of the museum is an impressive, high relief brick sculpture, twenty two feet high and twenty five feet wide, which is dedicated to all the Memphis fire fighters who have lost their lives while fighting a fire. The larger part of the sculpture is an image of several fire fighters carrying an injured comrade from a fire. 54 names carved in stone, the names of every fire fighter killed in the line of duty in Memphis since 1880, grace the wall of the memorial in remembrance of their sacrifice.

The sculpture is made of fired clay bricks, which were shaped and carved out of wet clay at the Brickstone Studios in Lincoln, Nebraska as one large sculpture, then separated into bricks and then fired. The fired bricks were numbered and stored on pallets until they were shipped to Memphis, where the artist and his crew reassembled them in the correct order and rebuilt the bricks into a wall with mortar.

Inside the museum is a special kiosk with an interactive computer program. An image of the memorial wall on the computer screen allows the visitor to access any name on the wall outside by moving a mouse to select the name desired. The computer shows a short description of the man, where and how he was killed, the number of surviving dependents and if available a photograph.

The Memorial Wall at the Fire Museum of Memphis is one of 50 monuments featured in Etched in Stone: Enduring Words from Our Nation's Monuments, a book published by National Geographic.

The wall depicts a wounded firefighter being carried from the ruins of a burning building. Another firefighter slumps to the ground, exhausted. Beneath are the simple words: “The Alarm Rang, and We Answered.”

The wall “is a reminder to those who visit the museum, or even just catch a glimpse of the wall as they pass by, of the daily sacrifice of firefighters for their community,” says author Ryan Coonerty. The book “celebrates words that define America’s storied past and symbolize the drive of its people.”

Etched in Stone is divided into four major sections: “In Praise of Public Lives,” “Ordinary Heroes” (which includes the Fire Museum), “Bear Witness,” and “A More Perfect Union.